What is a Personal Essay? 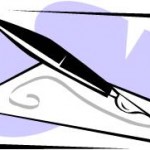 A personal or informal essay is an autobiographical genre that addresses a question that results in an epiphany or has particular significance to the author. A balance between description and analysis is central to this form of literature which has elements in common with both a short story and a formal paper. Unlike an argumentation essay, a personal essay is not thesis driven in the sense that it must prove a point; rather, it has a focus around which all ideas unite, although they may meander. It is also characterized by “the intimate relationship the writer assumes towards the reader” (Atwan, 5), hence the use of the pronoun “I.” In other words, personal essays are reader-based rather than writer-based. The style or way these ideas revolve around a theme depends on the intended audience. Some essayists like James Baldwin use a chronological or linear structure, while others such as Annie Dillard are more sporadic and tend to digress from their main point while still referencing to it. Because of their different styles, Baldwin and Dillard serve as an excellent means of comparison in discussing the personal essay as a genre.

Due to the genre’s autobiographical nature, one must have a fundamental understanding of the author’s reasons for writing in order to appreciate a personal essay. Dillard is a naturalist and is therefore interested in her external environment. Her purpose as a writer is to describe what she sees and lets examples speak for her thoughts. As she says in In the Jungle, “the point of going somewhere like the Napo River in Ecuador is… simply to see what is there. We are here on the planet only once, and might as well get a feel for the place” (219).  She suggests things without overtly stating them. In Schedules, Dillard hints that writers can be aloof and difficult to be in a relationship with when she says, “One would rather read these people, or lead their lives, than be their wives” (425). This example shows how Dillard connects with her audience by being indirect in her expression instead of coming out and saying what the reader can infer on his/her own.

In contrast, Baldwin is more explicit than Dillard since he “tells” more than “shows.” He is closely aligned and sympathetic with the Black Power Movement of the 1950s and 1960s and as a member of an oppressed group, he has a sense of urgency to his writing. Baldwin clearly outlines his purpose as a writer in Autobiographical Notes where he states “…Part of the business of the writer… is to examine attitudes, to go beneath the surface, to tap the source. From this point of view, the Negro problem is nearly inaccessible. It is not only written about so widely; it is written about so badly” (447). While writers like Dillard can afford to select congenial topics, Baldwin has an obligation to set right the above problems by exploiting the negative aspects of white society. His intended audience is limited to readers interested in social problems of the day, while Dillard’s work speaks to a broader population.

Dillard is figurative and draws her strength from being imaginative and evoking her reader to ponder her meaning. In Total Eclipse, she uses the “plunging and lapsing” behavior of dolphins as a metaphor for describing the human tendency to “live half our waking lives and all of our sleeping lives in some private, useless, and insensible waters we never mention or recall” (39). This example shows how Dillard uses creative imagery to turn what could have been a dull account of nocturnal patterns into a suggestive statement about the way we unconsciously move through most of our time here on the planet. Yet, exactly what we are missing outside of our limited conscious awareness is left up to the reader to discern.

In contrast, Baldwin could almost be classified as a persuasive essayist, since he wants his reader to literally interpret his message. For his audience, this is an effective literary device. In Notes of a Native Son, Baldwin says “the situation in Harlem had grown bad enough for clergymen, policemen, educators, politicians, and social workers to assert in one breath that there was no ‘crime wave’, and to offer, in the very next breath, suggestions as to how to combat it” (63). There is no double meaning to this statement, which explains the consequences of extreme racism and poverty in Baldwin’s home town.

Because of Dillard’s focus on her surroundings, she changes topics as quickly as she can observe a change in space. In Total Eclipse, Dillard shifts from describing the “scenery” of a hotel room in Southwest Washington to a magazine where she read about gold mines in South Africa, India, and South Dakota, which ultimately leads to a sketch of an eclipse she saw with her husband (33). While the hotel room and the magazine may seem incongruent with each other, they help to prepare the reader for the meat of the essay which is about the eclipse. This relates to Dillard’s tendency to stray from the focus of an essay while still connecting everything to her general theme.

Baldwin, on the other hand, does not go off on tangents and has a prerequisite for each thought he presents to the reader. Yet, he doesn’t necessarily prepare the reader for what comes next, which is part of what keeps his audience engaged. In Notes of a Native Son, Baldwin introduces the essay with a brief overview of his father’s death in the context of some bloody race riots that occurred the same day. While he progresses through the work chronologically, Baldwin’s statement “I realized [my father’s] bitterness was now mine” (57) is unanticipated, since the connection between his father’s death and Baldwin’s own hatred towards white people was not laid out at the beginning of the essay. Baldwin’s discovery of this connection is a moment of epiphany and is as much a surprise to the reader as it was to the author when he initially learned about the origins of his racial attitudes.

Dillard finds ways to put internal places into an external context. In Schedules, she discusses her writing process (an internal place) by providing details about the type of environment she prefers to work in. She says “appealing workplaces are to be avoided. One wants a room with no view, so imagination can dance with memories in the dark” (426). Baldwin does the opposite, as he takes “external” problems of society and relates them back to himself which is what makes his essays personal. In Equal in Paris, he discusses his imprisonment abroad after being accused of a crime he didn’t commit. Baldwin says “Any society inevitably produces its criminals, but a society at once rigid and unstable can do nothing to alleviate the poverty of its lowest members, cannot present to the hypothetical young man at the crucial moment that so-well-advertised right path” (232). Baldwin’s experience as a French inmate gives credibility to this claim.

Although Dillard is more reflective, her analysis is what adds depth to her writing. Analysis is important in this genre because it helps to distinguish a personal essay from a piece of creative writing. She tends to have reflection at the beginning and the end of her essays with analysis in the middle. An example is In the Jungle where she begins the essay with a general account of the Napo River, but then she side tracks by describing every detail of the place. These mundane details lose the reader’s attention because in her description, Dillard doesn’t explain what they mean to her. She then comes full circle and closes the piece with more analysis.

Baldwin only uses description when details support his analysis. The function of description in a personal essay is to relate the analysis to the author’s experience. In Notes of a Native Son, he says “I knew about the South of course, and about how southerners treated Negroes and how they expected them to behave, but it had never entered my mind that anyone would look at me and expect me to behave that way” (59). He then provides examples to elaborate on this, such as his experience at a restaurant where he was refused to be served because of his skin color.

Despite their differences, Dillard and Baldwin are both classified as personal essayists since they establish a connection with the reader even though they accomplish this through different means. Both writers use a combination of description and analysis, while Dillard is heavier on description and Baldwin emphasizes analysis. While their reasons for writing couldn’t be more dissimilar, they focus on the process more than the literary product.

This entry was posted in Expository Writing. Bookmark the permalink.