Colon Cancer; Early Detection is the Best Means of Prevention 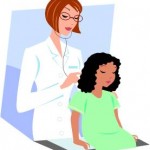 When Backstreet Boy Kevin Richardson lost his father to colon cancer, the pop star used his celebrity status to launch the “It’s Time to Talk About CRC [Colorectal Cancer] Campaign,” a program designed to increase awareness about this common, yet very preventable disease.  “Many people… are too embarrassed to discuss colon cancer because it involves parts of the body we are uncomfortable talking about,” said Richardson in an interview with the Public Relations Newswire Association. Richardson explains, “My father did not know the importance of talking about the disease or getting screened for it; he was only forty nine when it took his life” (“Backstreet” 1). Richardson’s father is not the only one who died young from this disease. 56,730 people will die from colorectal cancer in 2004 (Colorectal Cancer Alliance par. 3). Thirteen thousand of them will be under the age of fifty (Daily Policy Digest par. 1). You could be the next person to fall in this trap if you don’t get a colonoscopy and take charge of your health. Don’t wait until you are fifty or for that matter thirty and discover that you only have a few years or months left to live.

Colon cancer is second only to lung cancer as the leading cause of cancer-related deaths in the U.S., but only 40 percent of adults get screened for it (Horn 28). If detected early, colon cancer has a cure rate of 90 percent, although only 37 percent of cases are diagnosed early enough to be treated (Janes 1). As the Eliminate Colorectal Cancer Act of 2001 points out, “only 8 percent of [advanced-stage] patients survive more than five years” (United States Cong. Senate 2). Current medical guidelines recommend that people over the age of fifty undergo a colonoscopy, the leading screening procedure for colorectal cancer. If an individual has a family history of the disease, that age is lowered to forty, but the truth is anyone can develop cancer regardless of age or genetic predisposition. Just because you come from a healthy family and have eaten right and exercised your whole life doesn’t mean you are less susceptible to cancer as the old couch potato next door who eats Happy Meals every day. Not enough people realize that they or their loved ones could be at risk, even with the visibility offered by Richardson’s program and those of other high profile celebrities, such as Today Show anchor Katie Couric, who lost her husband to colon cancer at age 42 (Couric 1). In order to help ensure that cancer patients are diagnosed early enough, people need to start getting colonoscopies before the age of fifty, even if one doesn’t have a family history of the disease. As Couric says, “family history could start with you.”

Colon cancer is known as the ‘silent cancer’ because it grows at a very slow rate and patients can be asymptomatic even after tumors have spread to other organs. In addition, “80 percent of colon cancer cases occur in people without a family history of the disease” (Moran 1). Colon cancer is a universal killer that can strike at any age in the least suspecting individuals. Take the case of Allan, who was diagnosed with Stage IV [advanced stage] colon cancer at the age of forty nine. (Edell 1). With the exception of problems with his bowel movements, he was asymptomatic. Aside from being male, Allan had none of the common risk factors for colon cancer, which include obesity, poor nutrition, a sedentary life style, being male, or being African American. He also had no family history of cancer of any type. “How does a [young] physically active, health conscious individual go from feeling great to a death sentence in a few short weeks?” asks Allan’s bereaved wife in a memoir (Edell 2). The answer is a failure to take preventative measures such as getting a colonoscopy.

Consider Julie, who received news of her illness at the age of 33. (Schitz 1). Julie had experienced symptoms of colon cancer for six years prior to her diagnosis, but was not referred for a colonoscopy because she was “too young.” When she went in for surgery for what she had been told was an ovarian cyst, Julie’s doctor found that the cancer had metastasized from her colon to her ovaries and ultimately to her liver. She had difficulty finding patient support because all the available literature focused on cases of people over fifty.  She explains:

All of the articles and information I found regarding colon cancer made me feel that somehow I had been cursed with an ‘old man’s disease.’… Everywhere I looked… I found statistics and trends and facts that pertained to folks over 45. I couldn’t find one single incidence of cancer in a young woman…. Then I came upon CCA [Colorectal Cancer Alliance.] I signed up for a buddy… and I met not one, but two other women in their young thirties with colon cancer (2).

Julie died two years later, leaving behind her husband and eight year old daughter. The above stories can serve as a lesson for all of us about the importance of getting tested sooner rather than later. Although fifty is the recommended age to be screened, for some people like Alan and Julie it is too late. If you are age thirty or older, schedule a colonoscopy as soon as possible and encourage your friends to do the same while there is still time.

Colon cancer occurs in younger patients at a much higher rate than the public is aware of. New research shows that rates of colon cancer are increasing in young adults. A recent study at the University of California- Los Angeles School of Medicine found that the incidence rate in persons between ages 20 to 40 rose 17 percent between 1973 and 2002 (O’Connell, 866). According to this study, 2.1 of 100,000 patients will develop colon cancer. (869). As the study points out, “though the incidence rate is small, the fact that [these statistics] are rising is of concern, particularly since this is a young patient population in whom cancer is not commonly considered” (870). In addition, “young patients usually… [have] later stage disease than their older counterparts at the time of diagnosis” (870). This is most likely due to the higher rate at which older patients get colonoscopies. According to Dr. Edward Cattau of the Memphis Gastroenterology Group, “if all adults over fifty underwent colonoscopy every ten years, we could decrease the death rate from colon cancer by 75 to 90 percent.” This equals a predicted 51,000 cases that could be treated or prevented altogether. If people got colonoscopies starting at age twenty, this number would be significantly higher.

Health care professionals continue to promote preventative measures such as colonoscopies; however, their patients fail to take advantage of them. A study published in Cancer Epidemology, Biomarkers and Prevention suggests that patients are having fewer colonoscopies than doctors have recommended. The study found that only one third of patients over age fifty had undergone a colonoscopy even though 80 percent of doctors claimed to have recommended the procedure (Doctors May Overestimate… par. 1). While there has been no research conducted on colonoscopy rates in patients under fifty, it can be logically assumed that the number of younger persons getting colonoscopies is much lower than the one third that applies to their older counterparts. In order to reverse this trend, people need to start acting on the advice of their physicians. If your doctor has urged you to get a colonoscopy and you have yet to make an appointment, do so now.

People have their reasons for not getting tested. The first reason, as Richardson mentioned, is that most of us don’t like talking about certain parts of our anatomy and cringe at the thought of having an invasive procedure in a private area of our bodies. Couric’s solution is to “use the words, say them. Colon. Rectum. Bowels. The more matter of fact you are with the language, the more it helps. You can’t be squeamish about it. It could cost you your life” (Couric 1). In an effort to reduce stigma surrounding colon cancer, Couric underwent a colonoscopy on the Today Show after her husband’s death in 1998 to prove to her viewers that the procedure isn’t as bad as it sounds. “The prep is really worse than the procedure” she says. Judith Sheindlin, popularly known as Judge Judy to her TV viewers, confirms Couric’s experience after undergoing a colonoscopy in response to her mother’s death from colon cancer. “Knowing they were going to stick a long tube up your body can send a shudder through the most stoic person,” admits Sheindlin. “But [she says], the truth is that you’re sedated during the process, and there’s nothing to be concerned about. When it comes to doctors, I’m not a hero, so you can believe me when I say it’s totally painless” (Moran 1). Couric explains “A colonoscopy may not be on the top of your to-do list, but it’s a lot more fun than being diagnosed with cancer.” If Katie Couric can have a colonoscopy with all of America watching, surely you can be screened in the privacy of your physician’s office. It’s certainly better than going back a few months later to discuss which chemotherapy- if any- will buy you the most time.

Another reason why so few people are getting colonoscopies is the cost of the procedure, which ranges from $800 to $2,000 (Beck 17). Yet, despite all the alternative screening pills that are currently available, colonoscopies are the most accurate method for detecting polyps, precursors to cancerous growths in the colon. While $2,000 may look like a large sum on paper, it is negligible when you consider that it could mean the difference between having a silent tumor or being cancer free. This is less than the cost of a new car, your monthly mortgage payment, or even a paint job on the house. National health guidelines recommend that people over fifty with no risk factors get a colonoscopy every ten years and if polyps are found, that is increased to every five years. That totals to a maximum of $6,000 of out-of-pocket expenses if you are screened every ten years starting at age twenty. After age fifty, most insurance companies will cover the cost. If you do end up being one of the 147,000 Americans diagnosed with colon cancer (Cattau 1), that $6,000 will have saved you not only the cost of chemotherapy and possibly hospice care… but most importantly your life.

One way to lower the cost of colonoscopies is to lobby for change. As of today, only eighteen states have passed legislation mandating that insurance companies cover this procedure in persons age fifty and older. Not one state has a similar law governing colonoscopies in younger patients. If $2,000 is beyond your means, write your elected officials and take a proactive role in ensuring that preventative health measures are available to everyone.

The bottom line is that colon cancer is unnecessarily ending thousands of lives that could have been saved by a simple procedure. While it is one of the most preventable forms of cancer it gets less publicity and funding than breast cancer, which has a lower incidence rate in men and women combined and is also less preventable. According to the PR Newswire Association, “guaranteed insurance coverage laws exist in forty seven states for breast cancer screenings; twenty six states for prostate cancer, and twenty three states for cervical cancer” (“Only 18 States Make the Grade…” 1). Unfortunately, to many people, colon cancer is still too gross to become a permissible household phrase. But you have the power to change that! Get a colonoscopy. Urge all your friends to get one too. Make your health a top priority.

This entry was posted in Expository Writing and tagged Colorectal cancer screening. Bookmark the permalink.